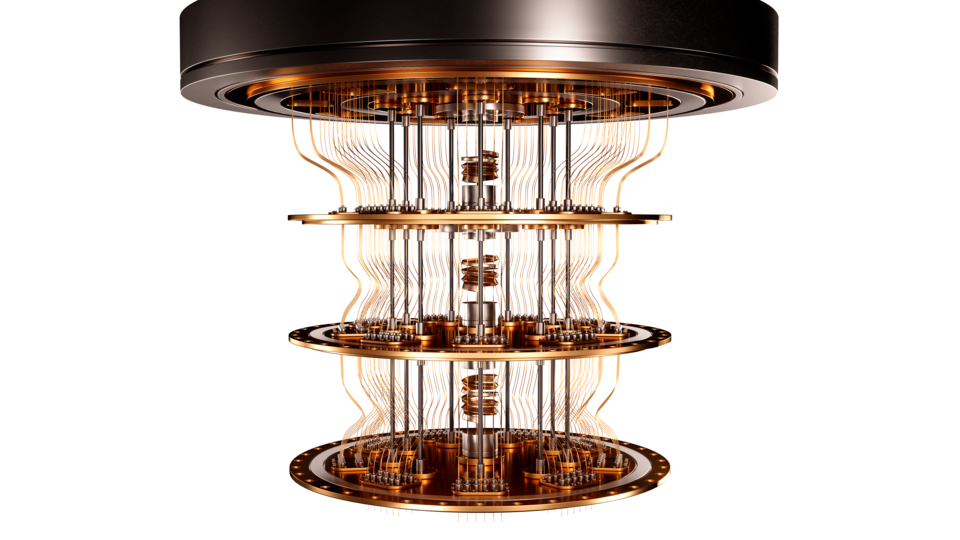 No device has had more impact on businesses across all industries than computers, or more specifically, transistors, which are the building blocks of classical computers.  Before computers, paper may have had a similar impact on business, but at 20nm or less in size, we can stack 5000 transistors in the width of one sheet of paper and accurately copy them all in a fraction of a second.

Computers are useful for automating repetitive processes and removing some human error, allowing businesses to scale up to sizes that require a high level of information integrity guaranteed by redundant computerized storage systems.  Computers have helped us do incredible things like explore space and efficiently serve large populations essential healthcare and social programming nation-wide.  The adoption of computers into every aspect of our lives is accelerating for many reasons, including hundreds of thousands of people worldwide gaining access to electricity and internet every day and global pandemics that keep people inside using computers to work remotely.  Everything I see indicates that our computer dependence will continue to grow, which will drive computer development, and at the edge of that development is quantum computing.

Computers today are designed to model problems using transistors as building blocks of finite values of true and false, and they fall short in many real-world situations.  This is because our reality is not discreet, but instead continuous and probabilistic, or ‘quantum mechanical,’ and includes things like entanglement and superposition that are difficult to model using a normal computer with transistors.  One example of a problem that normal computers find difficult to solve is modeling a low energy process to make ammonia.  We use ammonia to fertilize the soil to grow food crops that feed a large and growing population.  We currently make ammonia at high temperatures and pressures with the Haber-Bosch method using an estimated 2% of the world’s energy in the process. Still, we know other ways exist that take less effort.  Quantum computing promises to replicate the nitrogenase enzyme process of fixing nitrogen to make ammonia at room temperatures and pressures and provide rapid development of new drugs and medical treatments through the discovery of new molecules. Quantum computers could also help develop new materials to make better batteries and stronger, lighter planes.

A new class of computer is needed that can model continuous and probabilistic systems, including the quantum properties of entanglement and superposition.  Quantum computers are the answer.  Quantum computers have been around since MIT made the first two-qubit system in 1998, and in the 22 years since then, they have made significant progress.  Today, several different quantum computing platforms are leading the market, including superconducting qubits (artificial atoms) and trapped-ion systems.  The global quantum computing market size is estimated at 250+ million USD in 2020 and is expected to reach 8+ bn USD by 2030. Last year, Google’s Sycamore quantum chip design with 53 superconducting qubits successfully modeled the energy states of a molecule with twelve hydrogen atoms, which is a step towards better modeling of chemical reactions and discovery of new molecules. Last September, IBM announced a roadmap for a 1000 qubit quantum computer by 2023, and they have partnered with companies like ExxonMobil to develop next-generation energy and manufacturing technologies.  Trapped-ion computing has backing from companies like Honeywell, who announced this year that they expect to have fault-tolerant trapped-ion quantum computers by 2030.  Fault-tolerance is a major milestone because it suggests quantum information would persist through qubit decoherence, giving unlimited run-time to execute instructions.  This capability could lead to breakthroughs in drug development, stock trading and market analysis, manufacturing, and materials science, among others.  Honeywell also announced a 10-qubit trapped-ion hosted platform last October that will be available to enterprise customers through a direct cloud-API and Microsoft Azure Quantum.

For those interested in a visualization of a trapped-ion computer, here are two videos published by MIT in 2016.  I saw these as part of the course material in ‘Quantum Computing Fundamentals’ which I recommend to anyone who wants a deeper understanding of quantum computing.  The first video describes how they trap a single ion (https://www.youtube.com/watch?v=Kj8tNVsSBS4), and the second video explains how they plan to scale up to many trapped ions (https://www.youtube.com/watch?v=UT3ev9OgkmY). Part of the challenge in developing quantum computers to the point they are useful is making the control and measurement systems we use to interact with the quantum bits or qubits.  Usually, you don’t expect the measurement process to change what you are measuring when you measure something.  But with computers using trapped-ions or superconducting qubits, measurement changes the state of the system. Not being able to look at the information without changing it makes it impossible to copy. In a classical computer copying the data is the first step in transmitting the data and part of how we make sure the data is intact after it arrives.  Most of the parties who are developing quantum networking are trying to solve this problem using some form of quantum entanglement, or ‘quantum teleportation,’ although a light speed fax machine better represents the process than a teleporter.

Over the next five years, there will be growth in access to new markets that are applying quantum computing technology to existing industries.  There are also risks that need to be mitigated by those responsible for securing their company’s data.  As quantum computers reach 100+ qubit densities and can find the prime factors of large numbers in hours or days instead of decades or centuries, they will threaten the integrity of all security schemes that promise to keep secrets by leveraging one-way math functions such as prime factoring.

In the long term, quantum computing has the potential to impact every person on the planet by providing cheaper food, better batteries, more accurate and longer-range weather forecasting, super-effective individualized drugs with no side effects, and more.  If you are in a business that uses computers, you should be paying attention to quantum computing.  In the short-term, quantum computers are useful at solving optimization problems that have implications for supply-chain management, such as the ‘Traveling Salesman’ problem (more info at https://en.wikipedia.org/wiki/Travelling_salesman_problem). You have affordable access to quantum computers online today with IBM Quantum Experience and Microsoft Azure Quantum, so become an early adopter and learn how to avoid the new risks while leveraging the new advantages.

This email address is being protected from spambots. You need JavaScript enabled to view it.